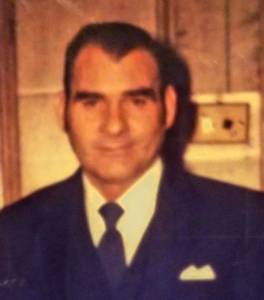 Memorial Services will be held at a later date. Arrangements are by Boxwell Brothers Funeral Directors, 2800 Paramount Blvd.
Roy was born October 23, 1940, in Tom, Oklahoma to Emery and Emma Holloway. He served in the United States Army. Roy married Pat Morris on September 28, 1962 in Canyon, Texas. He worked in construction as a cement contractor.
He was preceded in death by his parents, and daughters Peggy Lee-Ann Bible and Patricia Jorgina Holloway.
Survivors include his wife, Patricia Holloway of Amarillo, his son Roy Leon Holloway Jr. and wife Tammy of Grapevine, his daughter, Donna Gail Ingle and husband Donnie of Amarillo, 9 grandchildren, and 15 great-grandchildren.