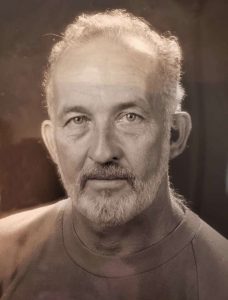 Robert Wayne “Robby” Manis, Sr., 74, of Livingston, passed away Friday, May 24, 2019, in Texas City.   Robby was born December 3, 1944, in Texas City, to Joseph Henry “Bubba” Manis and Virginia “Jenny” Marsalis Manis Richter. He served in the United States Navy, was stationed at Guantanamo Bay, Cuba during the Cuban Missile Crisis and completed his service on the USS Guadalcanal LPH-7 Helicopter Carrier. A fifteen year resident of Texas City, he was a heavy equipment operator out of Local Union 450 and Local Union 449 in Texas City and retired from AMOCO Oil of Texas City.  Robby was a member the Sons of the Republic of Texas, the Livingston American Legion Post 402, the Texas City American Legion Post 89, the Dickinson VFW Post 6378, and the Santa Fe VFW Post 5400. He is preceded in death by his parents and a brother, Gustave Mikel “Gus” Manis.

In lieu of flowers, the family suggests donations to be made in his memory to the Texas City American Legion Post 89, the Dickinson VFW Post 6378, or the Santa Fe VFW Post 5400.