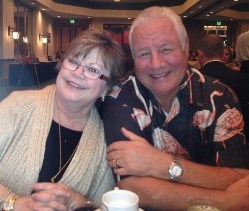 Alfred John “Jack” Maki, age 74 passed away peacefully at his home in Houston surrounded by his family after an illness. Jack is survived by his loving wife of 53 years Susan (Downey) Maki; his children, son Michael, his wife Lisa, their son Conner of Houston; daughter Jennifer, her husband Ed Howser, their sons Forrest and Thaddeus of Austin; daughter Debbie, her husband Jerry Gurley, their sons Nicholas and Jonathan of Houston. His sister Donna her husband Bill Tyrrell, of Carver, Massachusetts, their sons and their families. Additionally he is survived by 2 loving Dachshunds Gerti and Rocky. Jack was born in Brockton, Massachusetts to Alfred and Margaret (Rounds) Maki, he attended Abington High School, Suffolk University and served in the Navy Reserves. Jack had a career in the Oil & Gas business that spanned over 50 years; he started as a Corrosion Coating Engineer selling the coating for pipelines all over the world. During this time he moved his family from Massachusetts to Atlanta, Georgia; Tulsa, Oklahoma; Chicago, Illinois; and finally Houston, Texas. Over the course of his life he coached and cheered on his children and grandchildren in their endeavors in school, sports and life. His greatest love was his wife Susan, followed by his children and then his grandchildren. He was extremely proud of his entire family, especially his wife Susan throughout her real estate career. A visitation will take place on September 11, 2019, from 6:00 – 8:00pm and the Rosary will be at 7:00pm at Crowder Funeral Home, 111 E. Medical Center Blvd, Webster Texas . The funeral service will be on September 12, 2019 at 10:30am, at St Clare of Assisi, 3131 El Dorado Blvd, Houston, Texas 77059.