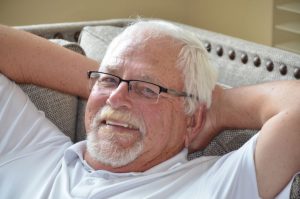 David Allen Chastain was born in Gary, IN, May 2, 1943. He went to be with his Lord on September 12, 2019 after a brief, but courageous battle with lung cancer.
David lived many years in Terre Haute, IN and Charleston, WV before moving to Pearland 37 years ago. He served his country in the US Navy as a 3rd Class Quarter Master during the Cuban Blockade. He was employed by Exel Logistics for over 35 years, retiring as a Vice President.

David attended Sagemont Church with his devoted wife, Kathy. His passions were golf, friends, family, and more golf. He was a member of Golfcrest Country Club for 29 years, spending many hours with his best friends in the P&P Golf Group, a brotherhood of men he cherished. They traveled together to different courses around the state and country and held many tournaments at Golfcrest.

David is preceded in death by his parents, Lloyd and Stella Chastain and brother, Dennis Chastain.

A visitation will be at 10 a.m. Tuesday, September 17, 2019 with a memorial service beginning at 11a.m. in the chapel of Crowder Funeral Home in Pearland, TX. Please join the family in a reception following the service at Golfcrest Country Club.