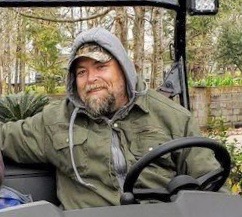 Steven “Steve” Lee Russell, 48, passed away September 19, 2019.  Steve was born in Anchorage, Alaska on February 21, 1971. Steve has been a long time resident of Rosharon, TX and worked for Brazoria County Road and Bridge for 17 years.

Steve reunites with his wife of 27 years Kimberly Russell and is also preceded in death by his mother, Edna Russell.