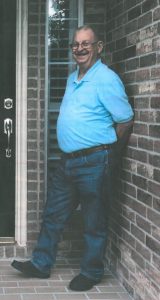 Robert Lee Hays, III, 76, passed away in Pearland, TX on March 31, 2021 surrounded by his family after a long battle with cancer.  Robert was born December 05, 1944 in Houston, TX. He proudly served his country during the Vietnam War in the U.S. Marines Corp. He attended St. Ann’s Catholic Church in Somerville, TX. He loved to hunt and fish in his younger years.  He was known as Honey to his grandkids and their friends.

In lieu of flowers, the family is asking that you make a donation to your church or favorite charity in his name.  Information about services are still pending.