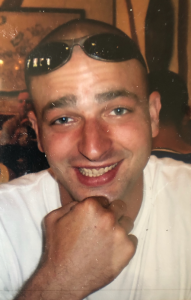 Jason Nathanael Watson is survived by his wife Racine, Daughters; Nicole (4),  Kayla (15), Lorelei (18), Sons;  Nathanael (6), Alex (20);  Brothers Justin and  Aaron, and numerous family members and friends.  When his nation called he answered by joining the Armed Forces where he was Staff Sergeant in U. S. Army.  Jason had a passion for life and loved his family and friends very much.  He will be dearly missed.

A memorial will be held on Sunday June 13th at 11:00 at Crowder Funeral home in Webster.  In lieu of flowers those wishing to make a memorial donation in Jason’s name may do so to the Wounded Warriors (https://www.woundedwarriorproject.org/).