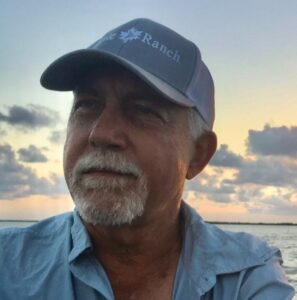 David was born in Galveston, Texas on December 28, 1946, to Arnold C. and Sue R. Dollase.  He graduated from Pettus High School and soon thereafter joined the U.S. Air Force.  After basic training and focused training to be an Air Traffic Control Operator, he was assigned to Randolph AFB and then to Da Nang, Republic of South Vietnam, as his last duty station.  Soon after his return to Texas, he married Cheryl Ann Rayburn of Kenedy.  They were blessed with a son David Jason.

During their fifty-two years of marriage, they lived in several towns in Texas and Colorado.  David and Cheryl owned and operated Central Claim Service in Beeville for thirty-eight years.

David is survived by his wife Cheryl of Beeville, son David Jason and two grandsons, Cade Walker and Reid Parker of Kansas City, MO, brother Edward (Vera) of Georgetown, their children Mark, Indianapolis, IN and Tina, Colorado Spgs., CO, and brother Arnold of Castroville. In addition, in-laws Brad and Dorothy Jean Yeater of Kenedy and their daughters Dori and Kelsey of Austin, and Chip and Trina Rayburn of Corpus Christi and sons Chase (Shelby) and family of Cypress, and Matthew of Houston.

Cremation has occurred and Private Graveside Services are pending and will be held at a date to be determined in the Kenedy Cemetery in Kenedy, TX, adjacent to his parents.  In lieu of flowers, any memorials are requested to be given to a charity of your choice.

The family thanks Exclusive Home Health & Hospice, Inc. of Beeville for its care.