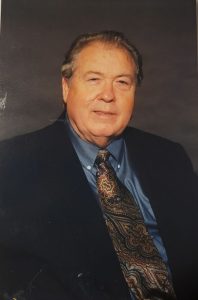 Robert was dedicated to his Savior, his family and his church.    Robert worked for Kellogg Brown and Root as a timekeeper for 45 yrs.  He enjoyed spending time with his family and friends.

Robert was a resident of Seabrook, Tx for 48 yrs.