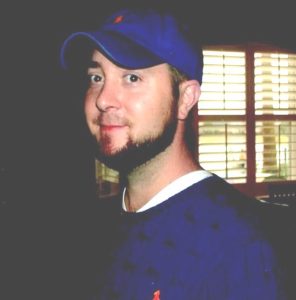 Shane Sanchez was born on March 21, 1979 to the parents of Louis and Carla Sanchez in Webster, Texas. Shane grew up in the Dickinson and League City, Texas area before moving to Marble Falls, Texas in 2021. Shane went to be with the Lord on June 10, 2022.

Shane attended Hardin Simmons University in Abilene, Texas as well as University of Houston, Clear Lake, Texas. He became ill in his senior year in college while working towards a degree in Business Administration.

Shane is preceded in death by his grandfathers, Erasmo Sanchez Sr., Edward Prestidge, and Charles Ponds.